This year the the PDC celebrates it 30th World Championship anniversary. 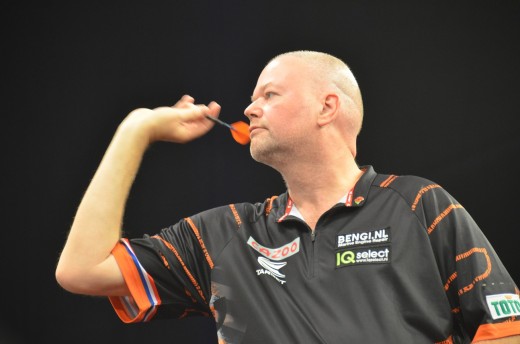 With this first win of Raymond van Barneveld in the BDO World Championship the darts boom in the Netherlands started. The sport bloomed and as a result the number of Dutch participants in both World Championships grew.

The number of participants in this first PDC World Championship in 1994 was, compared to today, very small: there were only 24 participants, 14 of them from England (including the reigning BDO World Champion John Lowe and the runner-up Alan Warriner), two Scottish players, one Irishman and seven Americans.  The first few World Championships were played in a group-phase followed by the K.O. phase and there still existed a match for the third place.

In 1994 Dennis Priestley won the World Championship.  He defeated Phil Taylor 6-1 – who later dominated for many years.  Priestley’s average was 92.85 – not high compared to what the top players throw today but at that time a solid average. The highest average in that first World Championship was scored by Peter Evison with 97.55.

Not much changed in the composition of the field of participants over the next few years – most of the participants were Englishman, the second biggest group were the US Americans.  In 1996, the first Canadian appeared with Gary Mawson and thereafter at least one Canadian can be found in the field of participants.  In 1999, the format changed into K.O. throughout and for the first time some kind of  “exotic” participant took part – Paul Lim who in this year for the first time no longer represented America but Singapore instead.

It took until 2000 before a Dutchman qualified for a PDC World Championship, though when you look closely he was not really a Dutchman but a Spaniard who represented the Netherlands and lived there – Braulio Roncero.  Two years before Roncero had been among the participants at the BDO World Championship and he was part of the Dutch national team together with Raymond van Barneveld, Co Stompe and Roland Scholten. In 1996, van Barneveld and Roncero stood in the final of the pairs event of the Europe Cup.

Braulio Roncero lost 2-3 in the first round of the 2000 PDC World Championship to t Dennis Priestley, his average was 88.77.  With this he easily would have kept up with many of this year’s first round matches…

Not much is known about Roncero but one can find a video on YouTube of his appearance in the 1998 BDO World Championship 1998. There he played first round against Bobby George and lost.